Feb 17, 2022
This week’s theme
Mythological characters who have resulted in multiple eponyms 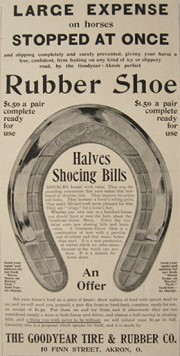 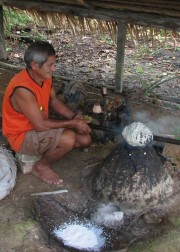 MEANING:
verb tr.: To harden or improve, for example, rubber by application of sulfur and heat.
verb intr.: To become hardened.
ETYMOLOGY:
After Vulcan, the Roman god of fire, metalworking, etc. Earliest documented use: 1846.
NOTES:
Charles Goodyear (1800-1860) ran a hardware store where he sold farm implements, but at heart he was a tinkerer. He experimented with ways to make natural rubber (also known as Indian rubber) less sticky. He tried many substances, but nothing worked. He didn’t give up. He borrowed money from friends and kept experimenting.

Ultimately, what worked was serendipity. He once accidentally dropped a piece of sulfur-coated rubber on a hot stove and discovered that it did the trick. Goodyear called the process vulcanization in honor of the Roman god of fire.

Goodyear died penniless, and nearly four decades after his death when some people in Akron, Ohio, founded a company to manufacture bicycle tires and horseshoe pads, they named it in Goodyear’s honor.

There was a dispute about who invented it first, Goodyear or a British fellow, but ultimately vulcanization has been around for thousands of years, as practiced by Mesoamericans.

After a setback in a patent dispute, Goodyear wrote, “In reflecting upon the past, as relates to these branches of industry, the writer is not disposed to repine, and say that he has planted, and others have gathered the fruits. The advantages of a career in life should not be estimated exclusively by the standard of dollars and cents, as is too often done. Man has just cause for regret when he sows and no one reaps.”
USAGE:
“These vulcanized hearts, they only become more resistant when you ask for mercy.”
Saul Bellow; Humboldt’s Gift; Viking; 1975.

See more usage examples of vulcanize in Vocabulary.com’s dictionary.
A THOUGHT FOR TODAY:
If we would only give, just once, the same amount of reflection to what we want to get out of life that we give to the question of what to do with a two weeks' vacation, we would be startled at our false standards and the aimless procession of our busy days. -Dorothy Canfield Fisher, author, reformer, and activist (17 Feb 1879-1958)