Jul 31, 2020
This week’s theme
Words having origins in tree names 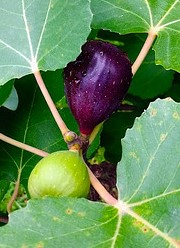 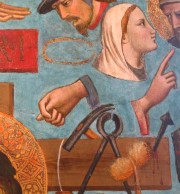 
ETYMOLOGY:
For noun 1-3: From Old French fige, from Provencal figa, from Latin fica (fig, ficus). Earliest documented use: 1225. Also see fig leaf.
For the rest: Of uncertain origin. Earliest documented use: 1839.
NOTES:
It’s not clear why the fig has suffered such an undervaluation, historically speaking. The OED lists the first citation in this sense from “The Court of Love” (1450): “A Figge for all her chastite!” The word is also used for the obscene gesture of a fist with the thumb sticking out between two fingers. Another word given to us by the lowly fig is sycophant.
USAGE:
“We already knew that Mr. Trump cared not a fig for human rights in China. He reportedly told Mr. Xi last year that he would soften the US response to a crackdown in Hong Kong in order to get a trade agreement, his singular pursuit.”
Mr. Trump and China’s Camps; The Washington Post; Jun 21, 2020.

See more usage examples of fig in Vocabulary.com’s dictionary.
A THOUGHT FOR TODAY:
Trust is the first step to love. -Premchand, novelist and poet (31 Jul 1880-1936)