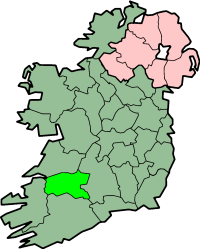 MEANING:
noun: A humorous, often risque, verse of three long (A) and two short (B) lines with the rhyme scheme AABBA.
ETYMOLOGY:
After Limerick, a county in Ireland. The origin of the name of the verse is said to be from the refrain “Will you come up to Limerick?” sung after each set of extemporized verses popular at gatherings. Earliest documented use: 1896.
NOTES:
Here’s how someone has described a limerick:
The limerick packs laughs anatomical
Into space that is quite economical.
But the good ones I’ve seen
So seldom are clean
And the clean ones so seldom are comical.
USAGE:
“First of all, the limerick judges at this newspaper would like contestants to know that we are acutely aware that ‘Journal’ rhymes with ‘urinal’. Almost as much fun as reading limericks was reading excuses from the people who wrote the limericks. It was as if we had caught someone reading the Sex With Aliens Weekly at the supermarket. Diane Harvey, of DeForest, for example, began her entrant thusly:
It is with a deep sense of shame that I submit the following puerile, low-brow limericks, and confess the guilty pleasure I had in writing them. As one who normally leads a completely respectable life, I cannot tell you what an illicit thrill it was to shed the trappings of responsible adulthood and for a ‘brief shining moment’ indulge in rude juvenile humor once again.
“Several writers put the ‘Journal-urinal’ rhyme to obvious use, and a few similarly included good-humored critiques of columnist George Hesselberg, as in the one by Dan Barker, of Madison:
There once was a parrot named Colonel,
Who read all the papers diurnal.
But his favorite page
On the floor of his cage
Was the Hesselberg page from the Journal.”
Limerick Tricks: Readers Turn Their Talents to Punny, Funny Rhymes; Wisconsin State Journal (Madison); Jun 2, 1996.

See more usage examples of limerick in Vocabulary.com’s dictionary.
A THOUGHT FOR TODAY:
All of life is a foreign country. -Jack Kerouac, author (12 Mar 1922-1969)